A word from the 2018 Senior Captain – Peter Holmes

Home » A word from the 2018 Senior Captain – Peter Holmes

A word from the 2018 Senior Captain – Peter Holmes 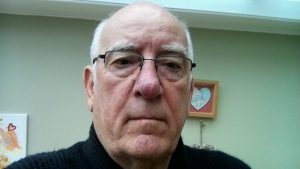 First let me express my thanks to all senior members of the Park Golf club for allowing me to be their representive for the year 2018.

I was born in Wansworth London and lived there for a couple of years before moving to Isles of Wight were we lived before moving to Yorkshire in the early 50’s – we then moved to Bury were I completed my Secondary Education.

I started work at The Grand Hotel in Manchester till joining the Merchant Navy in 62, leaving in 66 at the start of the National Seaman Strike. I signed up to join the Royal Air Force in May 66, served in various theatres till joining Air Transport Command  flying on Comets, Britannia’s and VC10’s looking after members of the Royal Family and Heads of State and all VIP trips to various locations around the world.

I was also part of the back up crew for the world tour of Concorde in 1972. I have also been lucky enough to have been present at Two Olympics, one Montréal and one winter at Sapporo, I have also served on Queens Flight, were I received a mention in the birthday honours list (Queens Commendation).

On completion of my flying career I served two ground tours one in Brussels at NATO and one in Germany before returning to the UK and finishing my military career in Liverpool on recruiting duties. I then took up a post with a Military contracting company as an area mananager at three military units in the Liverpool area.

On retirement it was suggested to me by Joe Hopkins that I take up golf, as I’d hacked around several golf courses around the globe I took on his suggestion and applied for membership at the Park.